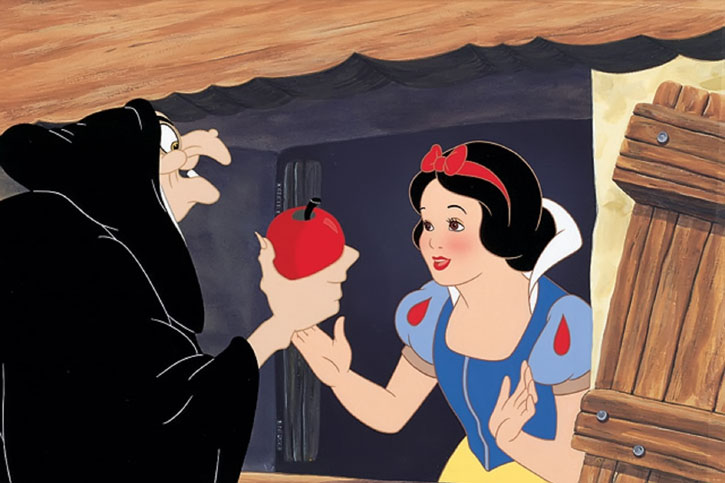 Any sin is a very dangerous thing, 1 Samuel 15:23 says, “For rebellion is as the sin of witchcraft, and stubbornness is as iniquity and idolatry.”  I have been researching the New Age Movement and all it’s wickness, and it can be very dangerous.  Listening to people’s testimonies about being in the New Age Movement and hearing about how dangerous things got for them, you should really take this seriously.  In one testimony a man almost died from his familiar spirit he worshiped.  The definition of a familiar spirit is: a spirit or demon that serves or prompts and individual; the spirit of a dead person invoked by a medium or advise or prophesy. (Merriam Webster Dictionary 1828)  These demon spirits are actual demons.  We need to keep in mind that 2 Corinthians 11:14 says, And no marvel; for Satan himself is transformed into an angel of light. Satan will caste himself as an angle of light and it will seem like you are hearing from God and feel love and encouragement, but that is how Satan deceives us.  John 8:44 says, ” Ye are of [your] father the devil, and the lusts of your father ye will do. He was a murderer from the beginning, and abode not in the truth, because there is no truth in him. When he speaketh a lie, he speaketh of his own: for he is a liar, and the father of it.” Satan will chew you up and spit you out, He is a powerful adversary and can manifest himself in ways that seem lovely, kind, patient, and powerful.

As I was learning about this the Lord had me reading through the book of 1 Samuel.  King Saul is trying to murder David, and Samuel the prophet has just died.  Saul wants to hear from God through Samuel just like he did in the past, because he is afraid of the Philistines who want to kill him.  Saul goes to the Lord, but the Lord does not answer him, so instead of just waiting on the Lord he goes to a women who has a familiar spirit, in other words she is a witch.  Saul knows this is wrong.  He goes at night and he disguises himself. The women realizes who Saul is and makes Saul promise he will not hurt her, because he had cut off all the witches and wizards from the land in the past when he was following the Lord.  He promises her he won’t. What happens next is very troubling.

11 Then said the woman, Whom shall I bring up unto thee? And he said, Bring me up Samuel.

12 And when the woman saw Samuel, she cried with a loud voice: and the woman spake to Saul, saying, Why hast thou deceived me? for thou art Saul.

13 And the king said unto her, Be not afraid: for what sawest thou? And the woman said unto Saul, I saw gods ascending out of the earth.

14 And he said unto her, What form is he of? And she said, An old man cometh up; and he is covered with a mantle. And Saul perceived that it was Samuel, and he stooped with his face to the ground, and bowed himself.

15 And Samuel said to Saul, Why hast thou disquieted me, to bring me up? And Saul answered, I am sore distressed; for the Philistines make war against me, and God is departed from me, and answereth me no more, neither by prophets, nor by dreams: therefore I have called thee, that thou mayest make known unto me what I shall do.

Be not deceived this was not Samuel.  Matthew Henery’s Comentary says, “When God answered him not, if he had humbled himself by repentance and persevered in seeking God, who knows but that at length he might have been entreated for him? but, since he can discern no comfort either from heaven or earth (Isa. 8:21, Isa. 8:22 ), he resolves to knock at the gates of hell, and to see if any there will befriend him and give him advice.”

Matthew Henry also says, “We have here the conference between Saul and Satan. Saul came in disguise (v. 8), but Satan soon discovered him, v. 12. Satan comes in disguise, in the disguise of Samuel’s mantle, and Saul cannot discover him. Such is the disadvantage we labour under, in wrestling with the rulers of the darkness of this world, that they know us, while we are ignorant of their wiles and devices.”

There are Christians that are being deceived and they are looking for extra biblical revelation.  They want to hear what God is saying today, and it’s simply a lie.  God has already spoken through His Word, The Bible.  I read comments from Catholics that pray to Mary, and say that God answered their prayers this way. That’s a lie, Satan can give you your hearts desire and will deceive you into thinking your praying to God, and God will allow it if you insist on being wicked and praying to dead people.

A familiar will give you power and you will have all your hearts desires fulfilled.  That is what Satan does when he promises the world in exchange for your soul.

This is a long testimony but well worth listening to since there is a huge preoccupation with witchcraft, wizardry, divination, and sorcery.